'The inescapble fact is that the world is a human world. The human being is in every photograph you take, whether you actually see a human being there or not, just because the photograph was taken by a human being. But that is not news. The common factor, factors out.' — Metaphysics of the Photograph 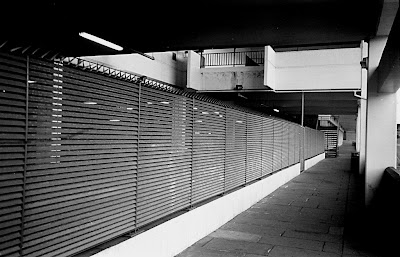 Car park opposite Sheffield Bus Interchange. I wasn't trying to make a point or express a mood. I just like the image. I liked what I saw enough to take the camera out and shoot it. But looking at it now there seems to be something extra that wasn't in my mind at the time, at least consciously — the question: Why isn't there anyone here? What happened? 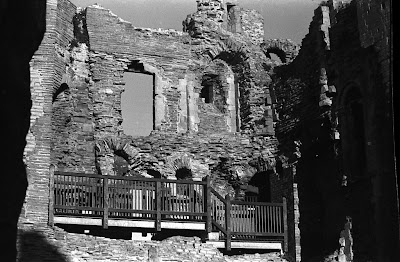 Newark Castle, sacked and burned by the Roundheads in the English Civil War after a protracted siege. 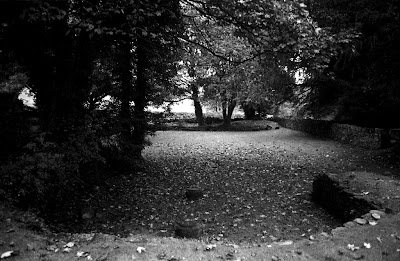 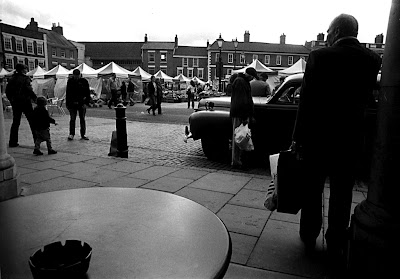 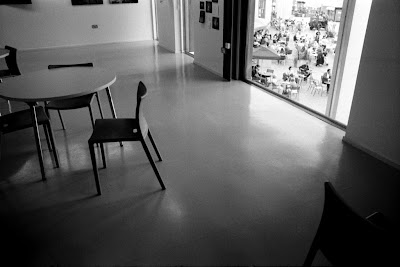 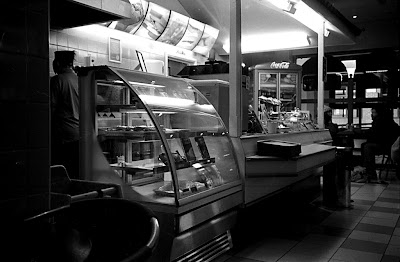 Posted by Geoffrey Klempner at 3:56 PM No comments:

It's about the frame 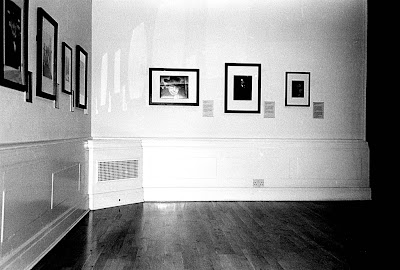 I'm tempted to make a new rule for myself, 'I don't do vertical.' A row of horizontal rectangles is boring you say. Well then, why not square? circular? triangular? This is the frame I work with. It's 35mm, the same size, the same proportions every time. That'll do for me.

To get the full effect click and see the larger version. One of the photos on the wall is looking at you. 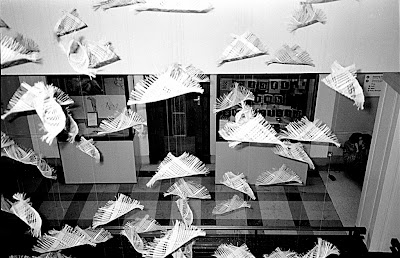 Taken on the stairs after the museum attendant at the Graves Art Gallery chased me out. At first, I didn't notice the hunched figure on the right edge of the frame. I'm guessing that the 'birds' mobile is a school kids project. 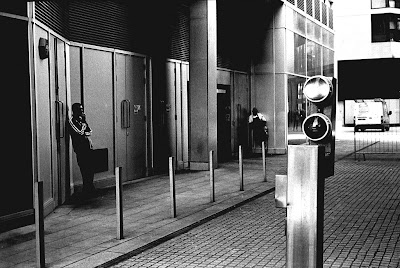 Chef and waiter taking a quick cigarette break outside the Pizza Express, Peace Gardens Sheffield. The stainless steel stop sign was the first thing that caught my attention. The effect of all the vertical lines is disturbing. 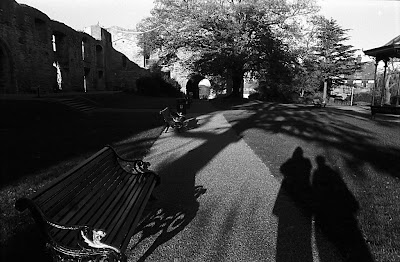 A view of Newark Castle, Newark upon Trent which you probably haven't seen before. The second shadow is my eldest daughter Ruth, who came along for the car ride.

This was done with a 24mm lens on my Ricoh KR-10 Super SLR. The other three were with a Leica Mini-Zoom 35-70mm. I need an unobtrusive camera to carry around in my pocket, and the plastic Leica is a good ruse to put people off the fact that I'm going about things with a sense of purpose. The Ricoh is for when I don't have to worry.

Posted by Geoffrey Klempner at 4:24 PM No comments: 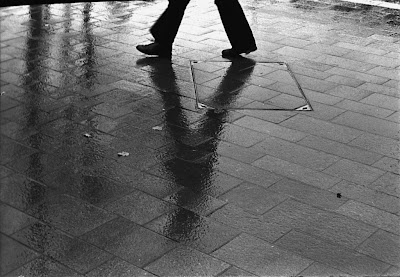 Sheffield city centre, standing in one of the doorways of the Lyceum Theatre opposite the Crucible. An obvious picture, but I worked at this. 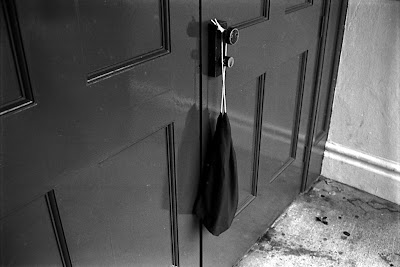 Nothing much else to see... then I turned round and noticed my camera bag. Tried that, then looked for a better doorway. Not much to choose between them but this had nicer light.

It occurs to me that these are another two examples of 'flawed symmetry' (January 7th 2012). Why am I so obsessed by this?

Then to the Ruskin Collection in the Millennium Galleries where I've spent many a quiet half hour. As in the previous two images, the main object of interest is right in the middle of the frame. 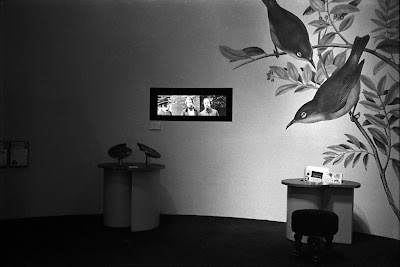 Not much, but it's a start. Baby steps.


Posted by Geoffrey Klempner at 11:22 AM No comments: 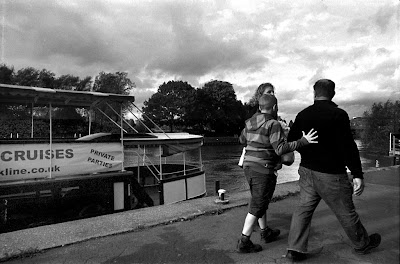 Wittgenstein in his extended discussion of 'following a rule' talks about the feeling that you have, 'I know how to go on.' You just know. You get it. You can be wrong, of course. You think you have it but you don't, still. The proof is in the execution.

I know how to go on. I have shot less films in my entire life than some photographers shoot (or used to shoot, before digital) in a week. I have a 500ml bottle of Kodak Photo-Flo wetting agent (1+200) which I bought in 1970 and there's at least another 50 films to go before the bottle is finished.

This time it is different. These pages (this is the 4th!) have helped. My interest isn't humanistic. I know that now. It isn't pictorial (despite many lapses). It isn't an interest in abstraction or composition. I was clear enough about that in Metaphysics of the Photograph. The problem was I couldn't see a way to work. There's got to be a better way than walking randomly looking for you don't know what.

There is a way, and it is so simple. Find a place and stay there. It doesn't matter whether you can see 'photographic possibilities' or not. Give it time, and you will see them. The pictures will come to you. Sit or stand, whatever works for you, and start looking. Start thinking. 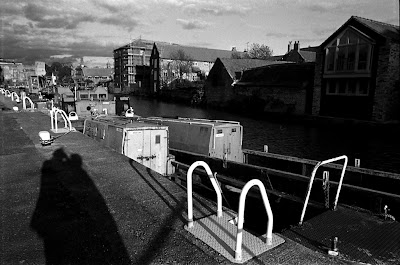 The first image was taken canal-side in Newark-Upon-Trent. This is further down the canal. The second shadow is my daugher Judith.

And here she is again in a strange reflection shot. Or is it? I remember seeing something similar in Lee Friedlander. A reflection that somehow couldn't be a reflection, but you couldn't work it out. Because it's a double-exposure (unintentional, in my case). 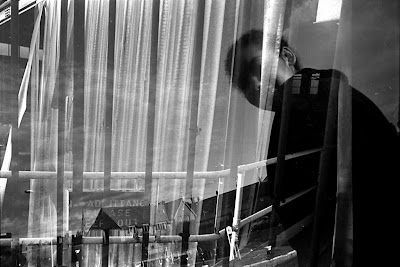 Posted by Geoffrey Klempner at 4:40 PM No comments: