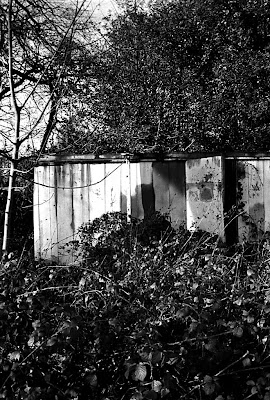 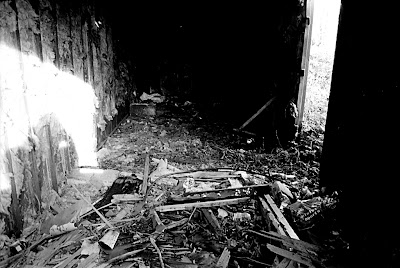 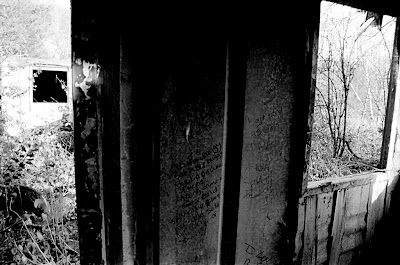 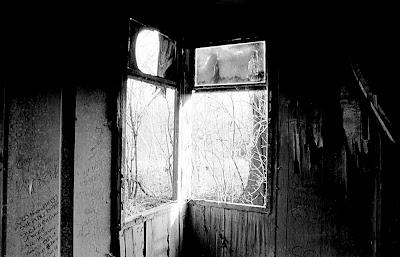 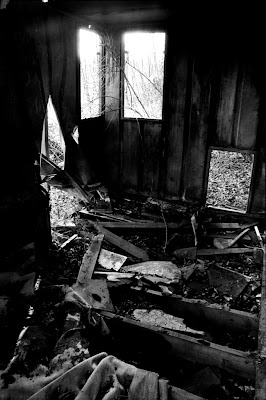 Posted by Geoffrey Klempner at 12:34 PM No comments:

I am trying to construct a narrative that goes some way towards explaining how or why it is that certain photographs 'take me' (Harbutt MOTP).

The truth is, I don't know. Maybe, at some level, I don't want to know. Letting go of reason — isn't that what photography is about?

This is from my very first film — fifth frame — after many years of not touching a camera. I'd just won a Leica Mini-Zoom on eBay. I went round the house, taking pictures almost at random, zooming in, zooming out. I can't remember why Judith hid behind the 'Teach Yourself Italian' book. But I can guess. I noticed the frown made from coloured paper stuck to the door: 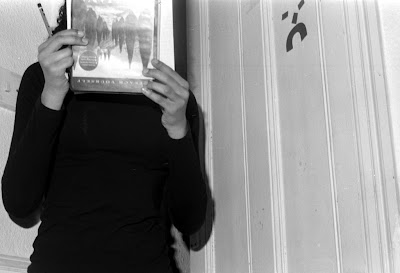 This is about the vocabulary of photography. The elements are familiar, not exotic. Yet out of the familiar, something new is made, just as you can use familiar words to make a new sentence.

Here's a photo which uses the simple device of 'incongruity': 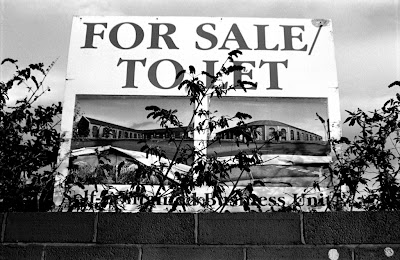 It was lucky chance, serendipity, that the sky yesterday matched the artificial sky of the estate agent's illustrations, giving a surreal effect — with added irony. It makes the shot. 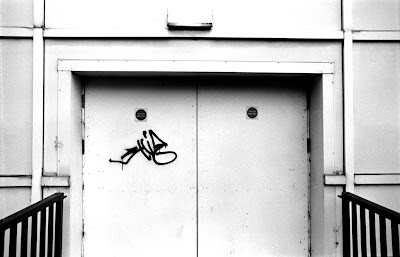 The estate agent photograph has a 'flawed symmetry'. This is something that must appeal to me because many of my pictures seem to rely on the same compositional idea. The above is another. The graffiti almost violently upsets the neat symmetrical design.

(Less obviously, there's a kind of flawed symmetry in the first image, hidden face on the left, cartoon face on the right.)

Another idea that the Sainsburys photo uses is 'frames within frames'. Here are two more shots which illustrate this: 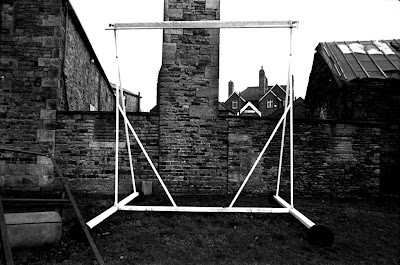 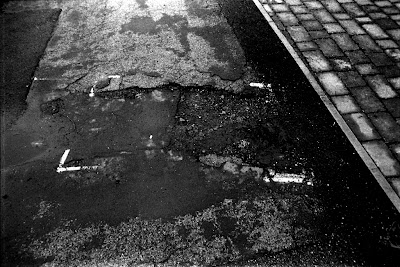 There's nothing particularly interesting in the frame. The eye looks for something and, not finding it, tries to make 'something interesting' out of part of a wall, or a random pavement pot-hole...

Posted by Geoffrey Klempner at 10:52 PM No comments: