Today was sunny. And the postman brought me a new camera — an Olympus Mju (Stylus) Zoom 140 which I found on eBay. I thought I'd try it out around Sheffield City Centre. 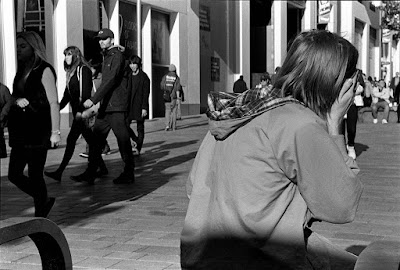 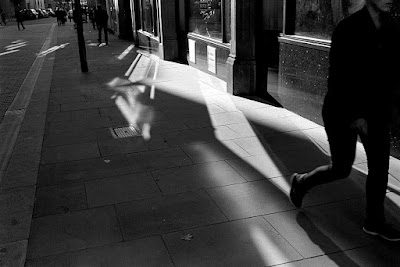 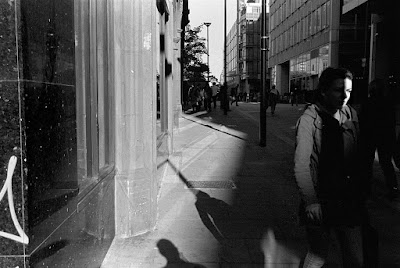 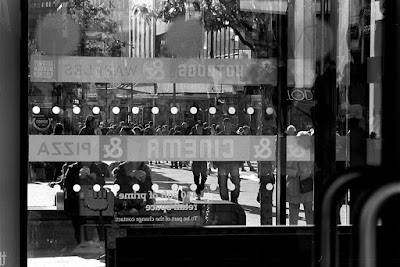 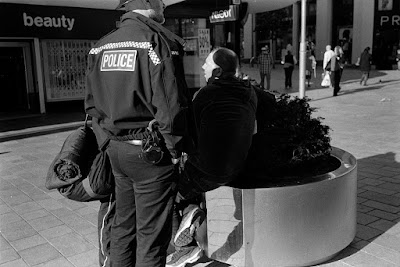 In these images, there is minimal 'human interest'. Of course, there will always be some. But it is a question of balance. Faces are obscured or hidden, not out of some false notion of modesty or decorum but because who these figures are is the least important thing.

One could argue that obscuring the human face merely forces the viewer to look harder, subverting my original intention. But the point has been made. Look as hard as you like. You won't see anything more than what the camera saw, what is actually engraved in the image.

Cameras aren't interested in people. Only people are. The human eye looks for a face. A camera lens sees whatever you point it at.

Posted by Geoffrey Klempner at 10:41 PM No comments:

Deliberately hiding or obscuring the figure would be one way to combat the 'conceited notion' that 'human beings are ultimately the only subjects worth photographing' (Metaphysics of the Photograph): 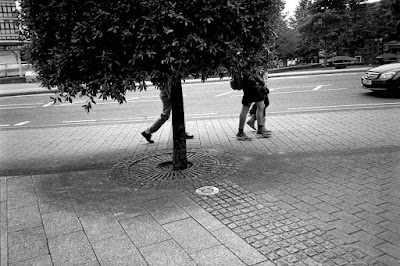 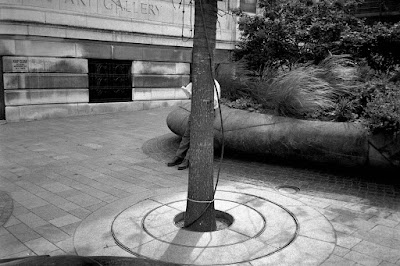 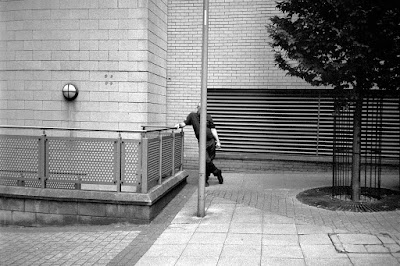 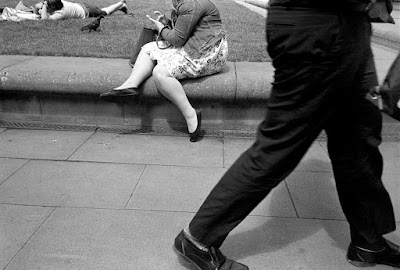 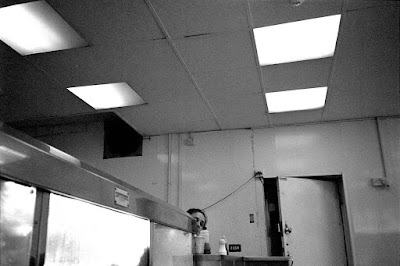 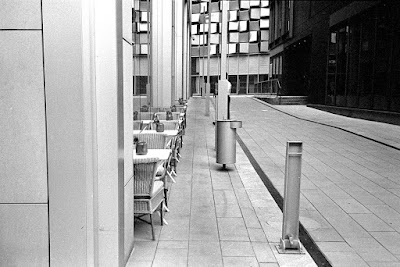 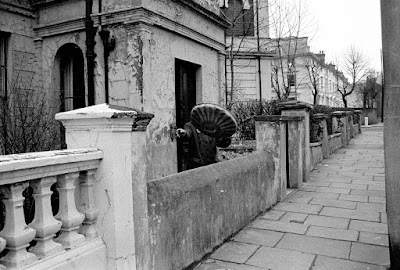 All but the last image were taken recently. It is not immediately obvious, but the oval object in the middle of the frame is an in-flight dustbin (trash can) lid.

I could not have put the point better myself.

Posted by Geoffrey Klempner at 11:41 AM No comments: 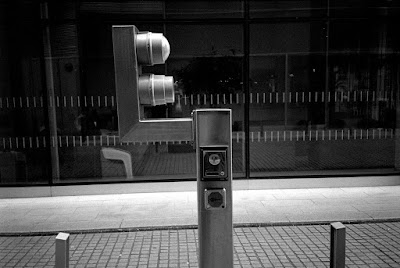 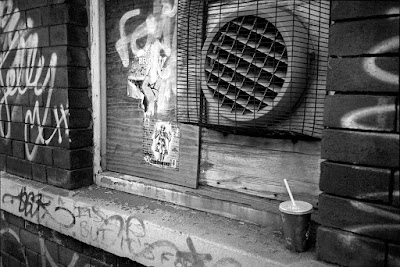 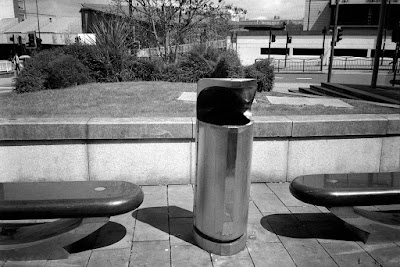 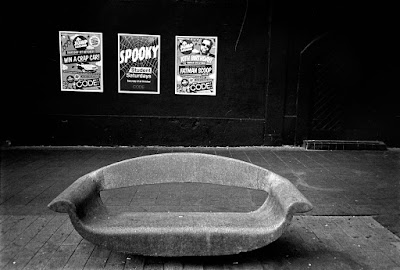 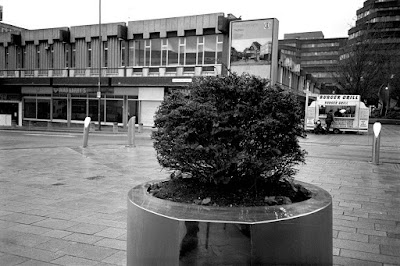 A new object of interest and a possible project.

A parking stop-go sign, a ventilator, a steel refuse bin, a concrete bench, a metal plant pot — found on the streets of Sheffield, each of these urban sculptures was designed with a specific function in mind, but also intentionally with a certain aesthetic.

The surrounding context or the passage of time have subtly altered the way these objects look, whether to a casual passerby or to the curious eye of the photographer. They have become something other than what they were intended to be. Something more.

I am moved. Sufficiently to make a permanent record. If I were to look, really look, how many more of these would I find?

Posted by Geoffrey Klempner at 6:52 PM No comments: