There are photographs you take, but don't show, not because they're 'bad' for technical or aesthetic reasons, but because you've crossed a line. It could be giving away too much information about yourself (the wonderful scene in 'Three Days of the Condor' between photographer Faye Dunaway and spy-on-the-run Robert Redford when they're discussing her black and white photographs). Or it could be plain bad taste. But I'm thinking of those occasions when you stick your camera where it's not wanted... 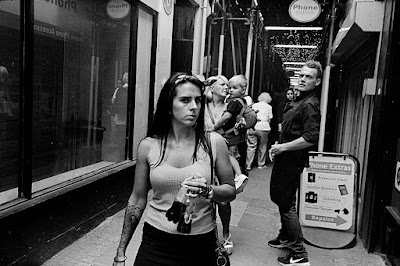 Taken recently, with my latest purchase from eBay, a little Fuji DL-150 80s point and shoot camera. I snapped the image in a narrow shopping alley in Sheffield, and carried on walking. Behind me I could hear female voice shouting, 'That man just took my picture!' I hurried along, not even glancing back. The woman in question, with heavily tattooed forearm and carrying two half-full Coke bottles is followed by her mother, grandson in arms. A surprised shopkeeper looks on. 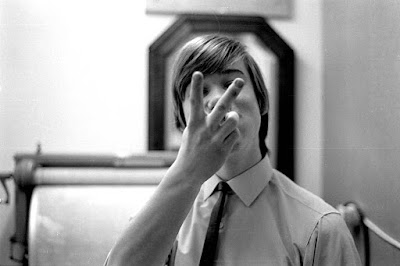 A companion image to Glenda!, this was taken in the print finishing room of Derek Ritterband Photography in 1970 where I worked briefly as a black and white 'line and tone' printer. Glenda was an ex-model turned receptionist. Dave was the young assistant (also seen in the Glenda pic). 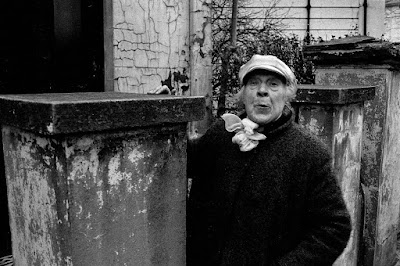 This photograph goes with the last of the images in The figure obscured, of an 'in-flight dustbin (trash can) lid'. So now you can see what caused the trouble. 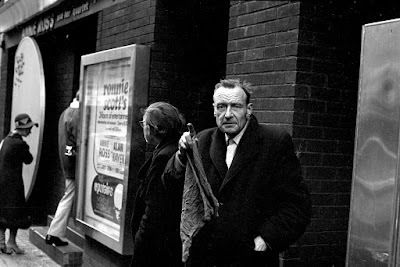 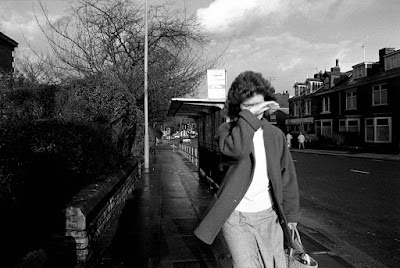 A blustery day in Sheffield some time in the 80s. The woman could be shielding her eyes from the bright sunshine reflecting on wet paving stones. It would be consistent to read the photograph that way, regardless of what actually happened. Does that make the image OK? 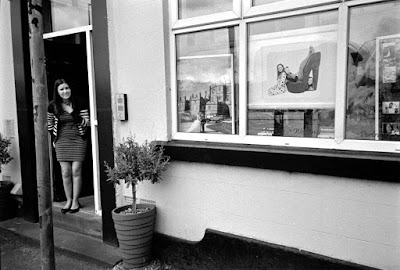 I was curious about this little photography shop and didn't notice when one of the staff appeared in the doorway. After I explained what I was doing, it seemed to be OK. 'I like your Leica,' she said, commenting on my plastic camera. 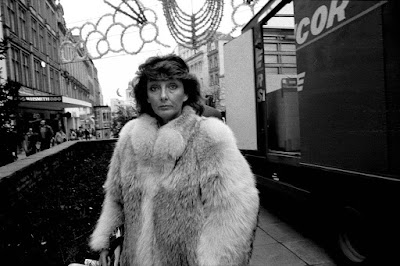 This photograph belongs with the set Sheffield Lanes. Snapped in the main shopping street in Sheffield around Christmas time, this fur-coated shopper is clearly not used to mixing with the hoi polloi.

Posted by Geoffrey Klempner at 1:25 PM No comments: