"... you can take refuge in the belief that human beings are ultimately the only subjects worth photographing. The 'Family of Man'. I think you already know what I'm going to say about that conceited notion. Today, we are assaulted on every side by photographs of people. They leer at us from newsstands and advertising hoardings. We have become obsessed by the visual appearance of the body and the face. Portrait and figure photography is picture taking at its most pathological.

"The inescapable fact is that the world is a human world. The human being is in every photograph you take, whether you actually see a human being there or not, just because the photograph was taken by a human being. But that is not news. The common factor, factors out." (Metaphysics of the Photograph) 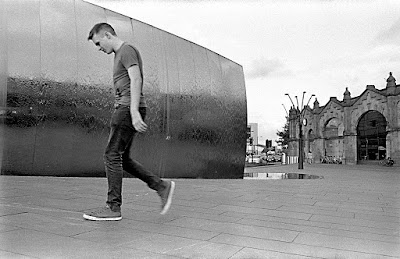 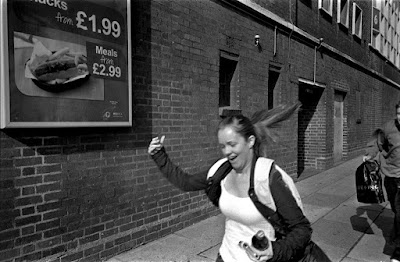 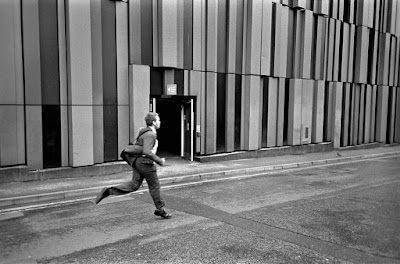 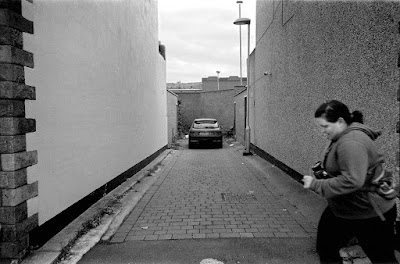 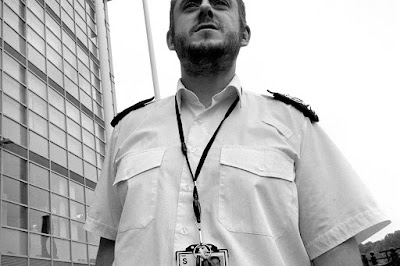 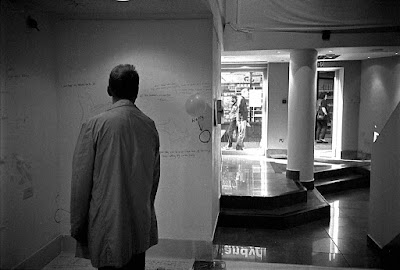 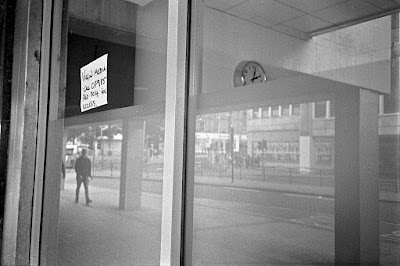 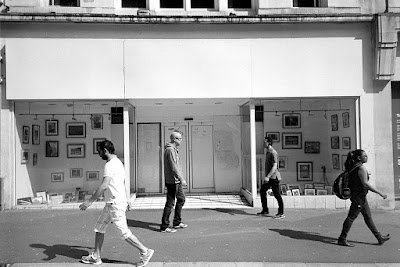 What if, occasionally, a human being walks — or runs — into the frame? Is that no longer allowed by our strict aesthetic? (This was never intended to be an 'aesthetics of photography' but never mind!)

It makes no difference. That's the point. Let them appear. Let the figures do their little dance. The human is there, in the frame, whether any human being is visible or not.

The pictures I used to take — decades ago — had genuine human interest. That is to say, that was their point. Things have moved on since then.

(I tried some classic 'news photography' recently at a Veterans day in Sheffield but none of the images move me even though it was competently done.)

I'm not interested in who these people are, or what they are thinking or feeling. (There's a funny story about the fifth image. A security guard was politely telling me off for taking photos of a government building — he didn't notice that I'd continued shooting.)

The thought came to me: these people are unwittingly co-operating in the process of making a picture, inserting themselves in just the right place in the frame. It's one of the photographer's conceits or tropes (which doesn't make it a cliché). The only difference is that I am making a point of it.

Posted by Geoffrey Klempner at 1:37 PM No comments: 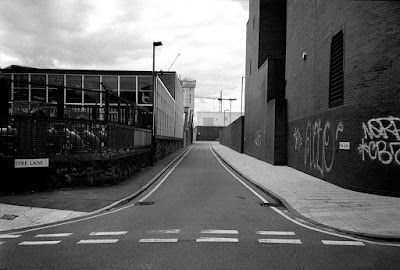 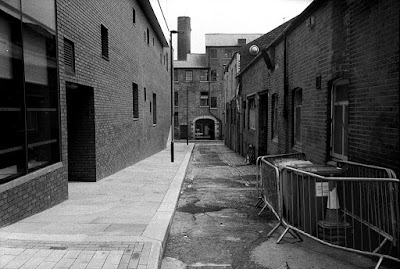 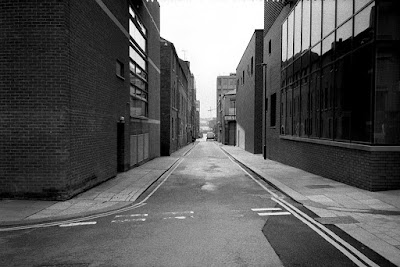 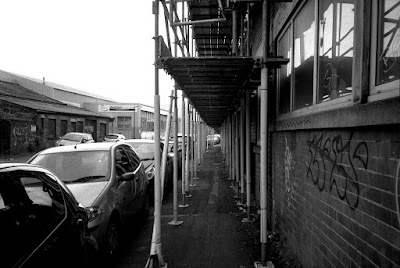 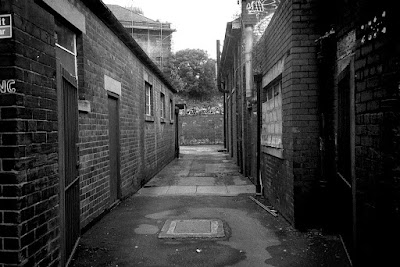 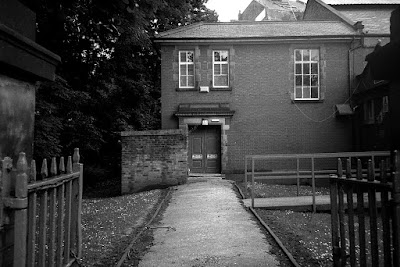 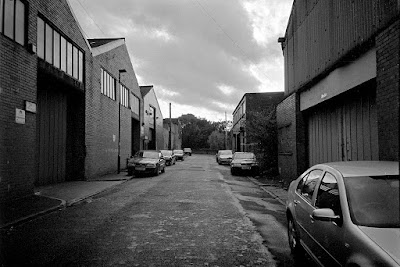 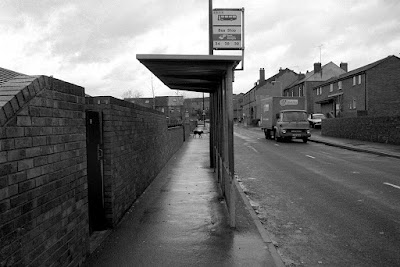 A rule of thumb I've generally followed in using a wide-angle lens is 'avoid perspective effects'. Use the properties of the lens to create a sense of depth in the image, but don't allow perspective to become the dominant feature.

Looking through my old contacts, I found one series of images from over two decades ago where I deliberately positioned the vanishing point at the centre of the frame. One of these images is included in my post Lure of simplicity. The last image in the set, it was made with a Pentax Spotmatic with 28mm lens on Abbeydale Road South, Sheffield, at Millhouses Park.

The photograph of the bus stop on this page was made on the same day. I'm guessing that I (inconsistently) allowed a bread van into the otherwise empty picture because I wanted to capture a dog that had wandered into the centre of the viewfinder.

I found myself moved by these strange evocations of of a lonely walk down empty Sheffield streets — and at the same time slightly irritated by the cheesiness of the idea. It was an experiment that I tried only once. When you've seen one perspective image you've seen 'em all. There's nothing subtle or hidden, nothing to interpret. The wide-angle lens does all the work.

Why not try again just once — for old times sake? This time the camera of choice was a mid-80's point-and-shoot Ricoh FF-3AF (a Leica Mini 3 for the last but one shot). My predominant feeling is no longer irritation. I can see now the dreamlike quality that (I think) I was aiming for. The fact that the compositional structure is the same in each case calls attention to the contrasting details of each image. There's a sense of mystery. Where does this lead? what's behind that door, or wall?

Posted by Geoffrey Klempner at 6:31 PM No comments: 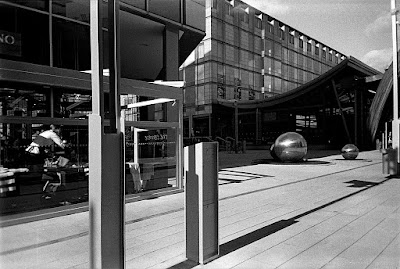 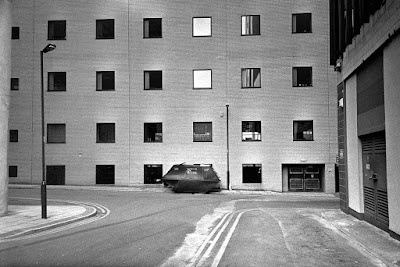 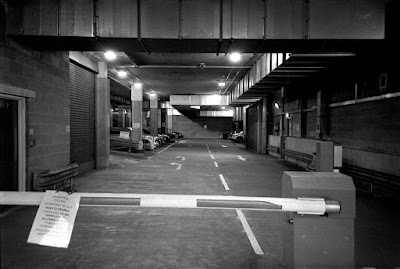 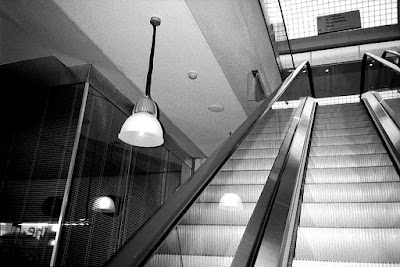 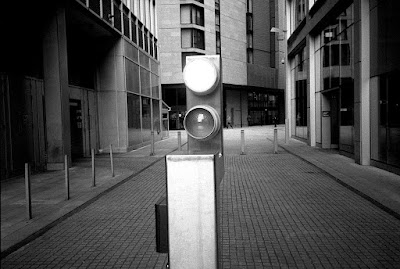 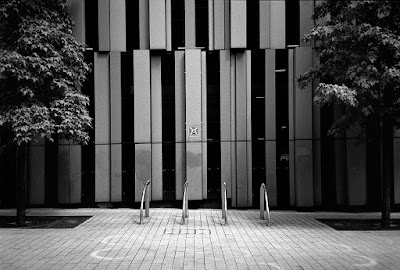 Jean-Luc Goddard's sci-fi movie 'Alphaville' (1965) is an enduring memory from my early teens. My parents took me to see the film at the Academy Cinema, Oxford Street London when I was just 14. Rewatching it now in my attic study surrounded by computers, the movie seems astonishingly prophetic. Today, computers run every detail of our lives. Soon they will rule us.

Filming around the streets of Paris, Goddard conjures up a bizarre alternative world made out of the familiar glass and chome steel of contemporary architecture. Human beings have lost their free will. Ace detective Lemmie Caution played by the legendary tough guy actor Eddie Constantine arrives in his 'Ford Galaxy' space ship to fight back against the machine, aided by a beautiful unworldly Anna Karina playing the daughter of the evil scientist responsible.

All photographs shot in Sheffield City Centre. In 40 years architects have not lost their taste for steel, glass and concrete.

Posted by Geoffrey Klempner at 5:48 PM No comments: 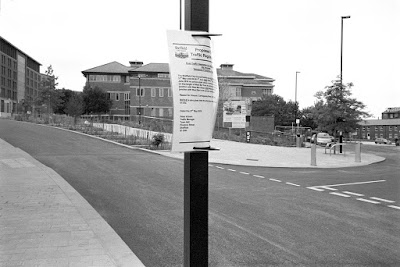 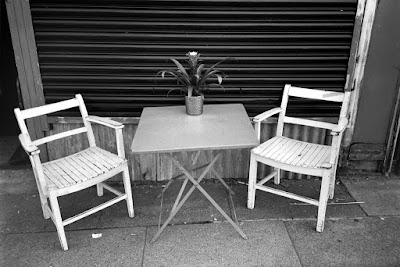 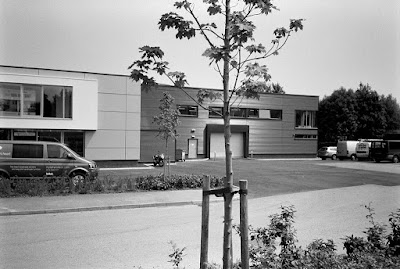 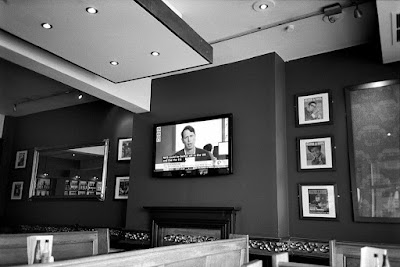 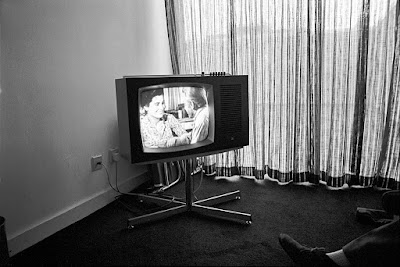 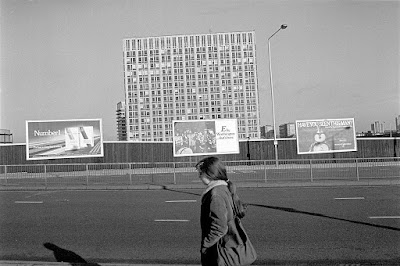 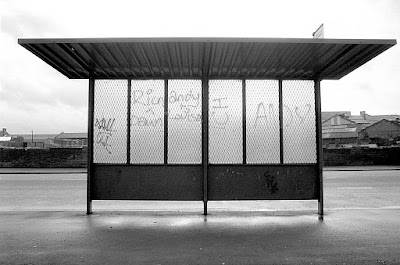 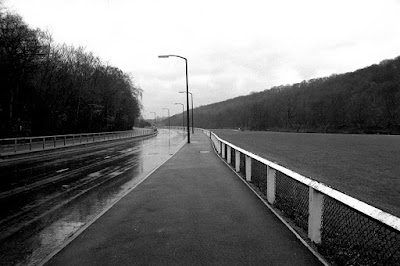 The opposite vice to taking refuge in complexity: the craving for simplicity — simple compositions, bold tones, a world reduced to intelligible order. Yet there is twist. Something is 'wrong' with these images, something doesn't quite add up. The surreal.

Over two decades separate the first and second set of four images — the first taken less than a week ago. The continuity is apparent.

Posted by Geoffrey Klempner at 3:16 PM No comments: